Wetting your Pants and Orgasms 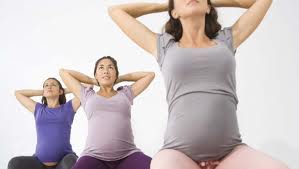 Ok the orgasm was to get your immediate attention, but I will talk about how to improve it later.The pelvic floor (PF) is an important part of the body to consider preparing when childbirth is involved. Just like strong legs are helpful for active labour so to is a pelvic floor that is able to maintain integrity after the baby is born. 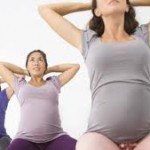 The PF is tightly slung and comprised of muscles and ligaments that support the bladder, the uterus, the bowel and vagina.They are connected from the pubic bone to the coccyx (spine) and are compared to a “sling” or a “trampoline”. The pelvic floor can bear weight and then return to its original position like a trampoline. However, in pregnancy it is supporting the ever increasing weight of the uterus and baby  among other things and can become weakened..Many women report being constipated in pregnancy and this adds further stress on the PF so keep it strong for your future by reducing straining and practicing your birth breathing. Relaxing the PF allows urine and faeces to pass. There are sphincters at the top of the urethra, the anus and the vagina  that tighten to stop the flow of fluids/waste and open when the pelvic floor is relaxed. The PF will be relaxed as well when your baby is crowning during 2nd stage labour. The muscles can be trained to relax just like any other muscles in the body and they can be strengthened like other muscles in the body.  I am reminded of a yoga class where as soon as everyone relaxed their muscles the sound of loud farts filled the room. The pelvic floor is also responsible for allowing your to pass wind! “But what about orgasm?” I hear you say it  and we will get to that. Knowing how to do your exercises is the most important bit to know first.Several studies have found that a forceps delivery increase a woman’s chance of suffering from incontinence after giving birth.So if you are highly motivated to avoid intervention in birth NobleBirth preparation and pelvic floor exercises are a good way to go.Added to this some  research by Dr Carolyn Sampselle of the University of Michigan shows there is evidence that a program of PF exercise during the first half of pregnancy can substantially reduce incontinence symptoms in later pregnancy and after birth for women who are pregnant for the first time, she also found  the strength of the pelvic muscle at 20 weeks of pregnancy is an excellent indicator of whether a woman is likely to suffer from incontinence later.

From personal experience I can tell you that I did not consider the pelvic floor  in my first pregnancy and found myself weeing my pants a little bit on many occasions in the years since. “Carefree” panty liners have made a fortune since I gave birth!  The worst of it occurred, funnily enough, on a trampoline, it was a silly idea to go jumping around like my 12 year old self  would have back in the day and to add insult to injury I had my nieces and my 5 year old watching me show off. I will admit to feeling a  sensation in my lower abdomen like when  going over a bump in a car but I got a shock when on a particularly high bounce I wet my pants on the way down. I was wearing jeans and there was no way I could disguise it. I was so embarrassed and hurriedly got off the trampoline straight to the bathroom where my knickers ended up in the bin and the hairdryer on my jeans wet patch! ewwww.  I have since done clenching and squeezing during the day, stopping the flow of urine midstream and an unusual yogic style pelvic floor exercises, where I lifted the pelvic floor and blew out in a series of breathes while I had my hands on my knees bent over and things improved but it has never 100% reliable. On writing this topic I am now highly motivated to get my PF muscles nice and strong. They say it improves your sex life and ability to orgasm!!! Not weeing your pants is an added bonus.

It is best to ask your caregivers about pelvic floor exercises. The Australian Govt. has plenty of website support for incontinence and information about the PF The campaign is called “pelvic floor first” and has fantastic information .

The exercise below  has been taken directly from the better Health Channel Victorian Government website which has been advised by the Physiotherapy Association of Australia.

The exercise can be done sitting, standing with your legs apart or lying.Your thigh, buttock and stomach muscles MUST be relaxed.

Ideally, aim for five or six sessions every day while you are learning the exercises. After you have a good understanding of how to do the exercises, three sessions each day is enough.

Ok so now about PF and orgasm.Well it is suggested that strong PF  can improve the level of sensation you feel during intercourse, the responses to that sensation and your ability to reach an orgasm.The PF is responsible for any sensations you have during sexual intercourse. When muscles are strong they have better ability to grip  the penis or sex toy increasing stimulation. Strong muscles also have more nerve endings increasing stimulation and arousal even further.When the pelvic floor contracts rhythmically it stimulates orgasm, having a strong pelvic floor increases the contractibility. The contractions stimulate blood flow which in turn stimulates the clitoris. Surely a stimulated clitoris has to be a good thing?

A study of 176 women published in 2010 revealed that wome with strong or moderate pelvic floor muscle strength scored significantly higher for orgasm and sexual arousal than women with weak pelvic floor muscles(Lowenstein). The fact remains that when you are strong your confidence increases so the ability to have higher expectations of your body is normal. I think that by putting  effort into your PF is a worthwhile investment. Imagine knowing you could do them while having sex and have a better orgasm because of it!

Here’s something i bet you didn’t know. There is a Pelvic Floor Muscle function (PFMF) Indicator called The Oritz scale. Google that one. They reckon 6 weeks of PF exercises and they are tight and firm ready for orgasm!

Back to the effect of a slack PF,on doing a bit of research I discovered that when the PF is weakened the uterus sits lower, sags and puts pressure on the walls of the vagina resulting in a dragging feeling. Now this dragging feeling has been with me the first day of my period since giving birth and now I know what it is from and will endeavor to tighten those muscles a lot more.

Effect of pelvic muscle exercise on transient incontinence during pregnancy and after birth.